Old Africa and the Environment

Once upon a time in Africa, people understood that us humans are not above all other animals but equal to them. And so the time has come for us to reflect on the past, present and look deeply to find a solution to the damage we have caused. 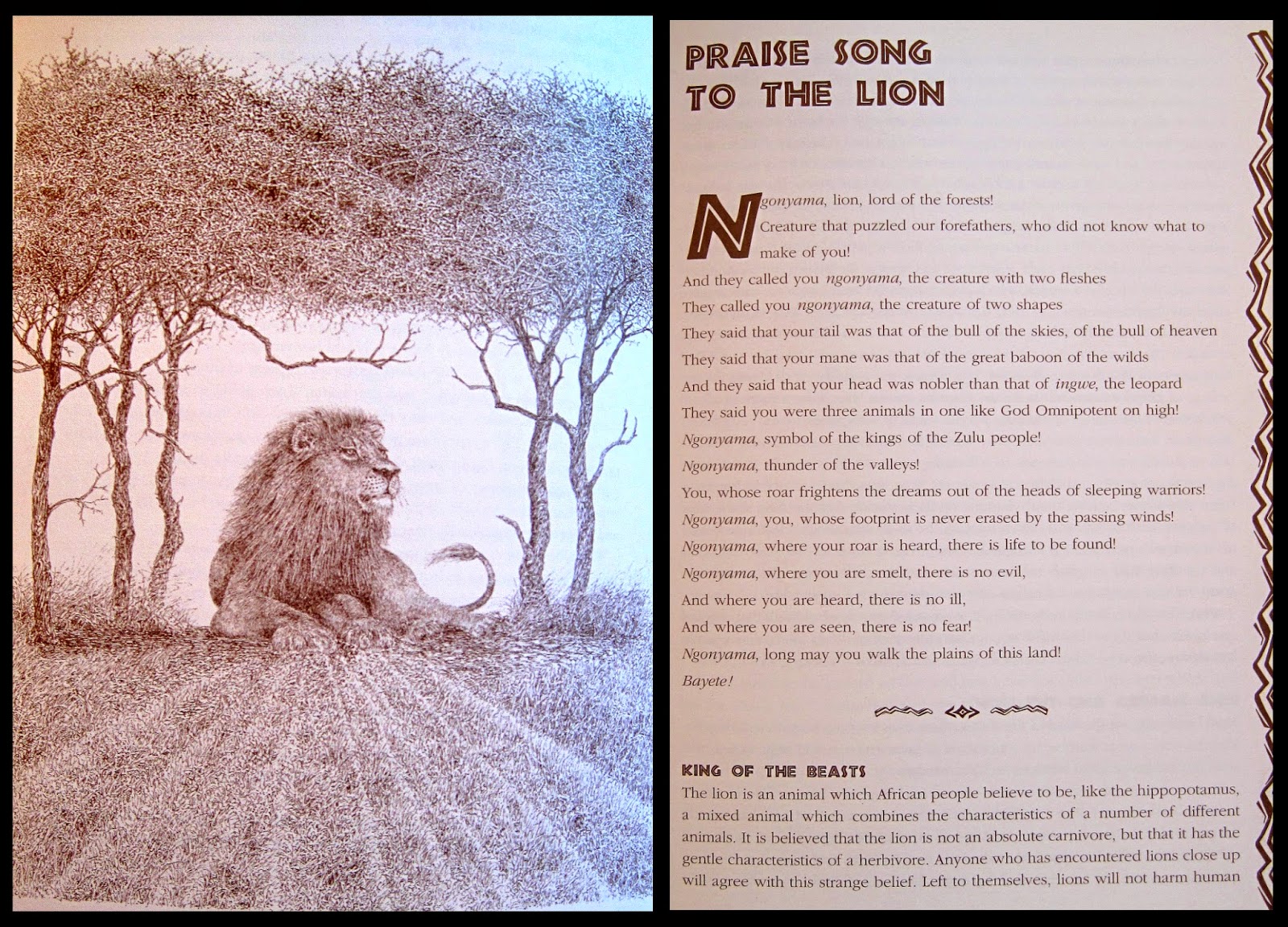 Credo Mutwa is an extraordinary South African character; he is a traditional healer, psychic and talented storyteller. His knowledge of old Africa which has been progressively lost throughout past decades remains a crucial key to understanding our true relationship to nature and other animals. In his book, Isilwane the Animal, he describes how African people did not see us humans as separate from nature in the past: we understood that we are not above animals, trees, fishes and birds but equal to them. 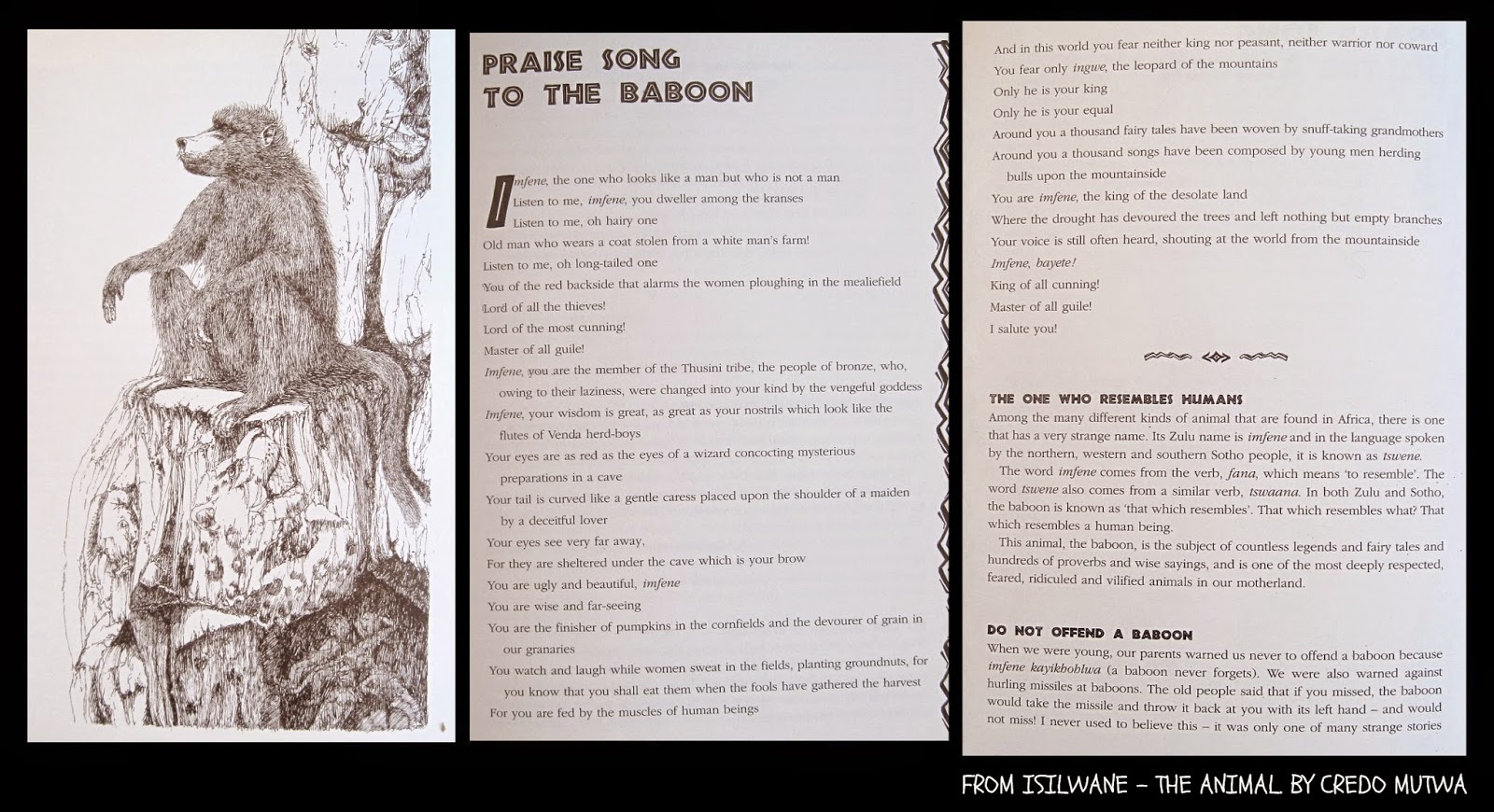 Old Africa understood our interconnectedness with all living beings. When the white man came to Africa, the continent was teeming with animals which were then mass slaughtered once they erected their farms.
Credo makes the point that many westerners still believe that conservation was imported by colonial powers into Africa and Ian Player confirms in the foreward to the book that those who worked in reserves and protected areas in Zululand know that conservation existed long before the white man arrived.  He describes how African tribes respected nature and our interconnectedness with the Earth by holding wild animals as their totems – a system which served to preserve the environment and showed a clear respect for a healthy biodiversity. 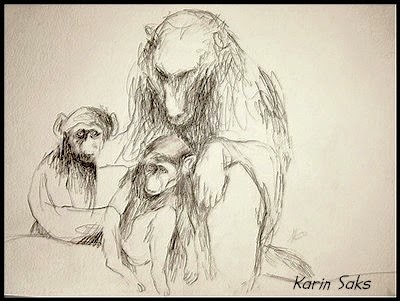 Excerpts from ISILWANE THE ANIMAL BY CREDO MUTWA:

“Through Isilwane the Animal, I hope to open the eyes of the world to traditional African attitudes, folklore and rituals which have governed the relationships between the people of Africa and the animal world.
Today we see the human race running around in circles, like a mad dog chasing its own tail. Today, the same type of confusion prevails in all fields of human thought. There is confusion in the way we view ourselves, there is confusion in the way we view the earth, there is even confusion, believe it or not, at the core of every one of the world’s religions. I can state this with confidence as I have studied most of these religions and even joined some of them.

Western Man is taught that he is the master of all living things. The bible itself enshrines this extreme attitude, as do other great books. Repeatedly one hears of dangerous phrases such as “untamed nature”, or “interrogating nature with power”. One hears of the strange belief that man is superior to all other living things on Earth and that he was especially created to be overlord and custodian of all things animate and inanimate. Until these attitudes are combated and erased from the human mind, Westernised humans will be a danger to all earthly life, including themselves.”
“When white people came to Africa, they had been conditioned to separate themselves spiritually and physically from wildlife. In the vast herds of animals, they saw four footed enemies to be crushed and objects of fun to be destroyed for pleasure. They slaughtered wild animals by the million. It never occurred to the white pioneers that these animals were protected by the native tribes through whose land they migrated. It never occurred to them, with their muskets, rifles and carbines, that black people worshipped these great herds and regarded them as an integral part of their existence on Earth.”

CONSERVATION AND THE TOTEM SYSTEM:
“In old Africa, every tribe had an animal that it regarded as its totem, an animal after which the tribe had been names by its founders. It was the sacred duty of the tribe to ensure that the animal after which it was named was never harmed within the confines of its territory. In addition, Africans knew that certain wild animals co-exist with others, and that in order to protect the animal after which the tribe was named, it was essential to protect those animals with which the sacred one co-existed. In KwaZulu- Natal for example, there is a tribe, the Dube people, for whom the zebra is a totem. These people not only protect vast herds of zebra in their tribal land, allowing them to roam where they choose, but they also protect herds of wildebeest because they realise that zebras co-exist with wildebeest. ...The old Africans knew that to protect the zebra one had to effectively protect the wildebeest, the warthog, the bushpig, the eland, the kudu and other animals sometimes found grazing with zebra in the bush. But the old Africans knew that it was not enough to simply protect those animals which grazed with their totem animal. It was essential to protect those animals which preyed upon their sacred animals.

“There were tribes, such as the Batswana Bakaru and the Bafurutsi, which regarded the Baboon as their totem. They knew that protecting the baboons alone was not enough. The leopard which preyed on the baboon had to be protected, along with the plants upon which the baboon fed. The people knew that if they did not protect the plants, they would starve in the bush and start feeding on the crops in the people’s corn and maize fields. If this occurred, baboons would become man’s enemy.
The Batswana Batloung tribe, whose name means “people of the elephant”, were sworn to protect the elephant. They also protected the rhinoceros and the hippopotamus, which they regarded as the elephant’s cousins. It was believed that an elephant would not injure a person who carried the Bafluong name.”


“The African people knew, just as the native American people knew, that if you destroy the environment, you will ultimately destroy the human race. ...A remarkable Tswana proverb states that, “He who buries the tree, will next bury the wild animal, and after that, bury his own ox, and ultimately bury his own children.” This saying indicates that people were aware, even in ancient times, of the interdependence on all living creatures upon this Earth, and that if you harm one, you harm others and, in the end yourself.”
on May 06, 2015